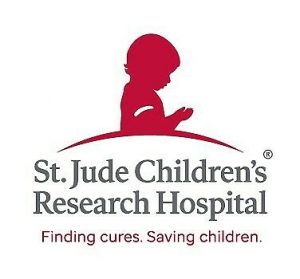 I cannot recall exactly when my attention was drawn to St. Jude Children’s Research Hospital.  I suspect it was sometime after I was blessed with four healthy children who have experienced minimal health issues.  I was and continue to be eternally grateful for that.  Watching my own children, I considered what it might have been like had we and our children been challenged with health problems beyond our control, problems like millions of people around the world face every day, the  challenges that follow those dreadful words, “Your child has cancer.”

I will forever remember my friend Ivan Loftis who was blessed with a son born with muscular dystrophy.  One day a year or two before his son Shawn died in 1989 – Shawn was 13-years old, the same age as our oldest son – Ivan told me, “The way I see it, God sent Shawn to me because my wife and I were the only people on Earth who were prepared to care for him.”  I suspect Ivan was right.

Shortly after Amazon launched its ‘Smile’ website in 2013 – where consumers can direct .5% of the purchase price of their transactions to charitable organizations – a pair of TV ads influenced Mrs. tVM and me to designate St. Jude Children’s Research Hospital as the recipient of our ‘Smile’ donations.  Musician James Otto’s haunting composition “Where Angels Hang Around” highlighted one of those ads.

My friend Father Paul frequently played music on his CD at daily Mass at the Redemptorist Renewal Center in Arizona in those days.  One day, I handed him a CD with Mr. Otto’s song.  “I’ll donate $100 to the Redemptorists if you play this song at Mass,” I challenged him.  He did and I made my donation as promised and matched it with an equal donation to St. Jude’s.  He would have played it without the donation, and I would have donated even if he didn’t play the song.  Typically, only 15 to 20 people attended daily Mass.  No one left the church that morning with dry eyes.

Last month in October as Mrs. tVM and I drove to different parts of the country looking for a new home, we drove through Memphis.  St. Jude’s sits just to the north of I-40.  We both prayed grateful prayers as we drove by it, prayers for our own kids and grandkids, prayers for the kids and their families not as fortunate as we have been, and prayers for the visionaries like Danny Thomas who created St. Jude’s in 1962 and for those who will not let Mr. Thomas’s vision fade.

I rarely answer calls from phone numbers I do not recognize, but amidst the busyness of relocation, I make exceptions.  Two evenings ago, I answered a call from St. Jude’s.  A weary voice that had probably faced a day of rejection read from her script, thanked me for my support and asked if I would like to become a ‘Partner of Hope’ with a $25 monthly donation.  “Absolutely,” I responded as the image of the hospital in Memphis flashed through my mind along with hundreds of challenged children and their families.  All the kids in the commercials are bald from treatment, and all smile.  Although I wish it were different, I don’t think all the kids in St. Jude’s smile, and then there are those who don’t make it to St. Jude’s…

The volunteer and I completed our transaction with a story here and a story there, some from her and one or two from me.  Mrs. tVM and I are now ‘Partners of Hope.’

Francis of Assisi advises us in his simple prayer

“Where there is despair, let me sow hope.

Where there is darkness, let me sow light.

Where there is sadness, let me sow joy.”

That advice is worth your consideration.