At a recent family gathering, I overheard an interesting conversation between two of my daughters-in-law and my oldest granddaughter. The elders asked what she wanted to be when she grew up. Without hesitation, she answered that she wanted to be a writer and, without prompting, she proceeded to tell them why.

Though her vision is apt to change, I think her aspiration is a great and worthy one, but even greater at this point in her life, that my daughters-in-law asked the question and that she replied with such a thoughtful and intelligent answer. Their discussion plants the seed.

Young people are our future. To ignore them and those things important to them would be a mistake. To encourage them to strive to better the world and those who occupy it with them is our obligation. That simple question – what do you want to be when you grow up – is a great place to start. I’ve asked the question of two teenage grandsons. One tells me he wants to create video games, the other says he is interested in forensic medicine. At least the wheels are turning, but the planted seeds need to be continually nurtured or they will wither with no roots just like the sower’s seed that fell on rocky places….

“… where it did not have much soil. It sprang up quickly, because the soil was shallow. But when the sun came up, the plants were scorched, and they withered because they had no root.”

The Parable of the Sower, Matthew 13

The conversation between granddaughter and daughters-in-law is one I remember having with my aunts and uncles 60 years ago. I always had my eye on something. While the end game changed over time, I was always ‘in the game’ considering, wondering and planning for the day ‘when I grew up.’ The question was always before me: what do you want to be when you grow up?

My first recollection – shared by many of my peers – is that I wanted to be a cowboy, no doubt a reflection of what we watched on television – “Wagon Train,” “Rawhide,” “Have Gun Will Travel,” “Bronco,” “The Lone Ranger,” “Rin Tin Tin,” “Cheyenne,” “Wyatt Earp,” “Sugarfoot,” and “Maverick,” the list is endless. I envisioned myself with a holstered six-shooter hanging from my hip, me beneath a dusty hat. Several years as an F-106 Air Force fighter pilot was as close as I got, but I suppose that childhood dream somehow oddly translates into my return to the land out west late last year and

working with my friend Dwight to convert 20 arid acres into a veritable Garden of Eden that produces healthy organic vegetables. Maybe that’s a stretch, but I have returned to the Southwest, and Dwight and I are actively working to prepare the soil on 20 acres to bolster community supported agriculture (CSA) in the Sonoran desert. Cowboys? Farmers is closer to the truth. We’ve traded our six-shooters for shovels and wear overalls instead of ten-gallon hats. We shuffle mulch and manure, not playing cards… 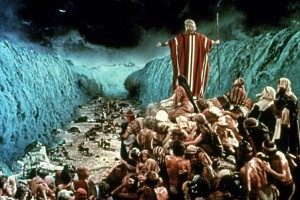 My second recollection of a professional future – and the first I would consider seriously – is that I wanted to be an archaeologist when I grew up. From my youth, I’ve been a reader of myth and legend, and when I learned that Heinrich Schliemann in 1873 uncovered the ruins of Troy and that Howard Carter discovered King Tut’s tomb in 1922, I realized that Homer’s Iliad and Cecil B. DeMille’s “The Ten Commandments” described real events, not just stories someone made up. “I want to be like those cowboys,” I told myself. “I want to be an archaeologist.” That’s what I told my aunts, and that was 25 years before we knew anything about Indiana Jones.

What was your dream as a child?

That is a worthy, seed-sowing question to ask. I suppose it’s a bit like asking, “What is your spouse’s favorite book?” Although it probably doesn’t make much difference, I’ll bet you don’t know and to ask the question is a good stimulus for a healthy, soulful discussion.

Listening with patience is a lost art. Practice it with your children and your grandchildren. “What do you want to be when you grow up?” The answers might surprise you… and the children, too!