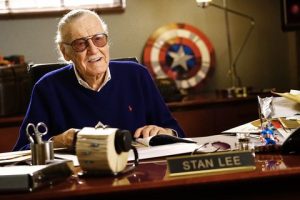 Iconic storyteller and illustrator Stan “the Man” Lee died last week a following a lifetime of living life fully for nearly 96 years.  I’ve been thinking a lot about Stan “the Man” …

Like most young boys in the 50’s, I read comic books.  While Superman was probably my favorite, I became a fan of Captain America, originally introduced in 1941 by Timely Comics well before I was born and revived by Stan “the Man” in 1964 with Marvel Comics, Timely’s successor.  While I enjoyed the comic books of my youth, I will note that I am not particularly fond of the lame, special effects inundated superhero films of this millennium. 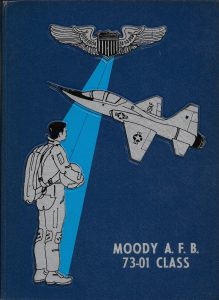 In the fall of 1971, my friend Nick Hauck and I made our way to Moody Air Force Base in Valdosta, Georgia to attend Undergraduate Pilot Training (UPT).  We were a part of class 73-01.  When our class of approximately 70 aspiring Air Force pilots gathered in the auditorium for our initial in-processing briefing, we were collectively tasked with creating a class patch to wear on the shoulder of our flight suits.  Nick and I came up with an idea that we easily sold to the rest of the class…. Captain America.  A fellow second lieutenant and student of aviation, Charlie Ingram was a good artist and designed the patch for us and the class of 73-01. 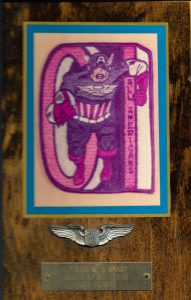 Because I personally know as many people who are divorced as who have been married for at least a decade or two, I was a bit uncomfortable putting this up on my website, but I’ve concluded that I should not be, uncomfortable, that is with divorce or writing about it.

Some marriages break.  That is a fact, they quit working, and the reasons are many.  Stan’s wife Joan of 69 years (she died last year) spent three years in another marriage before she met Stan. Perhaps she learned something of value during the 3-year marriage that broke.  Many of my best friends and several members of my family have been touched by broken marriage.  I hope and pray we are all the stronger for it.  When I light my daily candle tomorrow morning, Thanksgiving Day, I will light it for all people who have suffered broken marriage.

Mrs. tVM will achieve 45 years of marriage in 2019.  Though we have 25 years to go to catch Stan and Joan, I’d say we are committed, and that commitment is far stronger than an occasional disagreement that results in a silent treatment that rarely endures more than 60 minutes.  We never quit working.  I want to be like Stan “the Man” Lee.  Lifetime commitment.  I like that.