There is no disgrace in failure.

It is okay to fail, and it is good to recall your failures because when you do, you will remember the times you dropped to your knees and then found the strength and courage to stand back up.

I believe that Jesus is the word incarnate.  He lived for me for one reason:  to be an example of how to lead a good life. 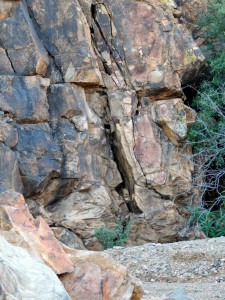 Of the many lessons he taught, today I remember his failure, how he fell three times as he carried his cross to the top of a small hill just outside the walls of Jerusalem where he would be stripped, crucified and die.  He taught me to stand back up.

English mystic Caryll Houselander describes his beautiful failure in her short narrative The Way of the Cross (1955).

“For the third and last time, Jesus falls under the cross!

“This is the worst fall of all… It shatters the last hope, the last remnant of faith…”

But he gets up!

“He gets up and goes on; He lays his hands on the wood of the cross for the last time, and without looking around begins the ascent to the summit of Calvary.

Throughout our lifetimes, we experience failure and we witness failure.

Some of us have tried to ignore it, tried to pass ourselves off as living the perfect life and having the perfect family.  It does not work.  We fail, people around us fail, those we love, those we don’t even know, the good, the bad and the ugly.

Failure is a fact of life, but there is a positive side when it presents us with a life-changing opportunity:  the choice to stay down or to stand back up.

I am reminded of a study done by the International Committee for the Study of Victimization.  As Jim Collins explains it in his brilliant book Good to Great (2001)

“These studies looked at people who had suffered serious adversity… and survived.  They found that people fell generally into three categories:  those who were permanently dispirited by the event, those who got their life back to normal, and those who used the experience as a defining event that made them stronger.”

That is what the third fall teaches me:  it is a defining moment that makes me stronger.

Divine inspiration is more common than most people recognize, understand and accept.  I’ve often said that Dvořák was as divinely inspired when he wrote his New World Symphony as David was when he composed his psalms.  I can say the same for many people including Sylvester Stallone when he speaks through Rocky.  I believe Rocky explains the third fall in a contemporary way that excites everyone who has or will hear it, especially young people,

“Let me tell you something you already know. The world ain’t all sunshine and rainbows. It’s a very mean and nasty place, and I don’t care how tough you are, it will beat you to your knees and keep you there permanently if you let it. You, me, or nobody is gonna hit as hard as life. But it ain’t about how hard you hit. It’s about how hard you can get hit and keep moving forward; how much you can take and keep moving forward. That’s how winning is done! Now if you know what you’re worth… you gotta be willing to take the hits, and not pointing fingers saying you ain’t where you wanna be because of him, or her, or anybody. Cowards do that and that ain’t you.

There is no shame in failure.  Learn from Jesus and those he uses to inspire you. 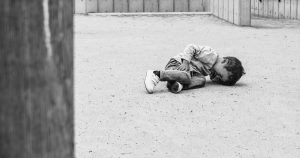