It is said that The Song of Amergin is the first poem of Ireland.  I discovered it almost a decade ago as I began research for my book Gaspar, Another Tale of the Christ.  Historically, Ireland was never conquered by a foreign invader.  We know for certain that Ireland was never a part of the Roman Empire, the largest empire the world has ever known.  I’ve read that the ancient Irish repelled invaders with poems they recited from their shorelines, poems that created dangerous waves that destroyed invading ships before they could reach the shore. 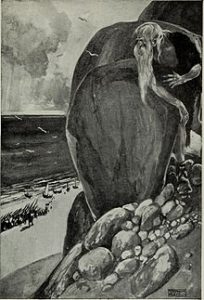 Irish mythology describes Amergin as ‘a bard, druid and judge,’ and that when he ‘placed his right foot on the land of Erinn’ he composed this song:

I am the wind which breathes upon the sea,
I am the wave of the ocean,
I am the murmur of the billows,
I am the ox of the seven combats,
I am the vulture upon the rocks,
I am a beam of the sun,
I am the fairest of plants,
I am a wild boar in valor,
I am a salmon in the water,
I am a lake in the plain,
I am a word of science,
I am the point of the lance of battle,
I am the God who created in the head the fire.
Who is it who throws light into the meeting on the mountain?
Who announces the ages of the moon?
Who teaches the place where couches the sun?
(If not I) 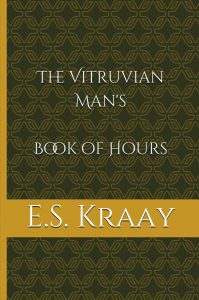 Some find it odd that I include The Song of Amergin in The Vitruvian Man’s Book of Hours.  I consider it a perfect fit for it encourages the seeker to focus on who he is and how he interacts with creation.  That is what I believe Amergin did when he spoke the words…  He is unstoppable as an ocean wave, strong as an ox, pure as a sunbeam, swift as a salmon, and so on.

I believe The Song of Amergin is transformative.  Use the player below, close your eyes and listen.