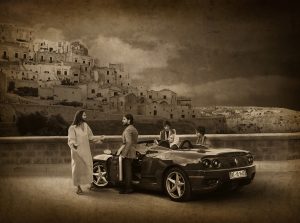 It was not until I was 55-years old that I began to read the gospels with genuine interest and a true desire to understand the messages contained in them.  The story that has gnawed at my brain since that time is the story of the rich young man.  It can be found in Mark 10:17, Matthew 19:16 and Luke 18:18.  The quick version…

A rich young man asks Jesus how to get to heaven.  Jesus tells him to follow the commandments.  “I do!” the young man replies happily.  “One more thing,” Jesus adds, “Sell everything you have and give the money to the poor, then come follow me.”  The rich young man “went away sorrowful for he had great possessions.”

For years, I have resisted the temptation to believe – as is often preached – “Well, that’s not what Jesus really meant.”  If he said it – and I believe that he did – why would he say it if he did not mean it?  And so, for the last 13 years, like the rich young man, I have struggled with materialism and my possessions.

I contemplated long and hard on the rich young man during my silent retreat at Pacem in Terris in January this year.  I received answers and understand the message given to me in the gospel and how to apply it.

This morning, the Jesuit site Pray as You Go presented the story as told in Mark.  I appreciated the commentary but was totally taken by the final statement…

Archbishop Oscar Romero once said that as followers of Christ we are called not to have more, but to be more.

We are called to BE more, not to have more.  What a wonderful thought to contemplate at the beginning of every new day!