A few weeks ago as my friend Ch**k was driving down the road chatting with me on his cell phone (VERY safely I must emphasize  [and I have disguised his name so he will not get in trouble for driving and talking at the same time]), he was unable to avoid a small Arizona ground squirrel.  While most people would have hardly noticed, Ch**k told me to hang on as he pulled off the road and stopped.  I listened as he retrieved the lifeless body and placed it gently off the road.  He said a prayer.

Obviously Ch**k’s act of compassion speaks of his respect for all of creation.  Like my friend, I do whatever I can to avoid striking other animals.  As I pass animal carnage on the road, I always whisper the Sioux greeting, “Mitakuye Oyasin,” “We are all family.”  I write that phrase often on this website.

This morning, I brought my granddaughters to their respective schools.  Four-year old Lyla and I waited, said the Pledge of Allegiance and participated in the moment of silence until it was time for big sister Xylia, 7-years old to march with her classmates into the building.  As Lyla and I waited, I saw a tiny bug crossing the walkway directly in front of us.  Slowly, Lyla raised, then lowered her small foot and crushed the insect.  When she noticed I was watching, she looked up, smiled sheepishly and said, “I killed the bug.”

“What about tarantulas (a common critter in Arizona)?”

“Not even tarantulas.  We all share creation together, bugs, people, dogs, cats … we are all family.”

Whether or not she will remember, I cannot say, but I will continue to reinforce the idea each time I see her killing bugs. 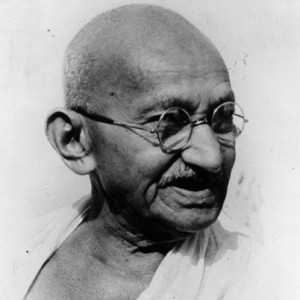 Some people might think I am silly.  I will take my lesson from one of my personal heroes, one of the greatest peace heroes of all time.  This is what Mahatma Gandhi said,

“The greatness of a nation and its moral progress can be measured
by the way in which its animals are treated.”

How we treat other creatures is a reflection of our own character.  When our European ancestors took this land from the American Indians, they claimed the Indians were uncivilized, that they were savages because they had no written language.  The American Indians respected all of creation.  I wonder what they thought as our European ancestors reduced the American Bison population from an estimated 62 million when Columbus sailed the ocean blue to less than 1,000 by 1889, less than 400 years later.

Elevate your spirit and treat all created things with respect.