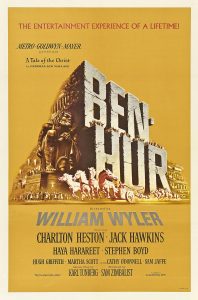 I first shared this story from Ben-Hur in December 2011, the first Christmas season of our website.

Most people — certainly those younger than 60 — may only know “Ben-Hur” as a chariot race that appeared in the 1959 Academy Award-winning film starring the late Charlton Heston.  That film was telecast regularly during the holiday seasons, but it seems in recent years we’re more apt to look for ‘Ralphie’ in A Christmas Story, The Grinch Who Stole Christmas or Elf.  I like Ralphie, too, but Christmas is not Christmas without the telling of the tale that has influenced the human race for 2,000 years.

I was 10-years-old when my Mom and Dad took me to the Capital Theater in Pittsfield, Massachusetts to see Ben-Hur.  It was an event, and the film had a significant impact on this young boy, but it wasn’t until 30 years later when I made a conscientious decision to ‘return to the classics’ that I actually read the novel.

Lew Wallace, a general in the Union Army during the Civil War, wrote the book in 1880.  Following the Civil War, General Lew Wallace served as Governor of the New Mexico Territory.  It was during his service in New Mexico — where he actually met Billy the Kid — that he wrote Ben-Hur, which was the most popular American novel until Margaret Mitchell penned Gone with the Wind in 1936.

The complete title of the book is Ben-Hur: A Tale of the Christ.  It is interesting that even though Jesus appears in the story just a handful of times through the more than 500 pages, his presence looms in the background of the entire manuscript and effects the outcome in no small way.

With all due respect to anyone and everyone who has ever put “The Christmas Story” to paper, I find Lew Wallace’s rendition, which appears in the first chapters of Ben-Hur to be my favorite telling of this beautiful story.  I enthusiastically share it with all our friends and readers regardless of their spiritual beliefs or non-beliefs that cross a broad spectrum that includes Judaism, Christianity, Islam, the Bahá’í Faith, and Buddhism.  Maybe you can read it to a child… maybe you will just read it to yourself.  I hope you read it, enjoy it and find value in it …

I invite you to click the link and enjoy the Christmas Story from Ben-Hur: A Tale of the Christ….

The Christmas Story from Ben-Hur 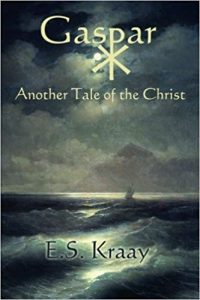 In the tradition of Lew Wallace’s masterpiece, I spent two years writing my novel Gaspar, Another Tale of the Christ, published in 2014.  That Christmas, my friend and creative associate Alistair McKenzie recorded the Christmas Story from Gaspar, which he performed live at the Redemptorist Renewal Center in Picture Rocks, Arizona on Epiphany Sunday in 2015.  I share the following links that include Alistair’s audio recording and the Gaspar Christmas Story as a pdf.

The Christmas Story from Gaspar 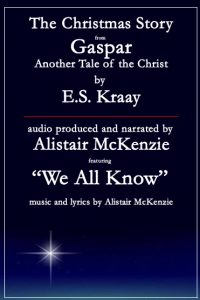