We originally posted this one year ago.  I believe it is so important that I am posting it again with the hope that everyone reads it and finds value in it.

“In 2015, Public Policy Polling asked a broad sample of Democratic and Republican primary voters whether they would support bombing Agrabah. Nearly a third of Republican respondents said they would, versus 13 percent who opposed the idea. Democratic preferences were roughly reversed; 36 percent were opposed, and 19 percent were in favor. Agrabah doesn’t exist. It’s the fictional country in the 1992 Disney film Aladdin. Liberals crowed that the poll showed Republicans’ aggressive tendencies. Conservatives countered that it showed Democrats’ reflexive pacifism. Experts in national security couldn’t fail to notice that 43 percent of Republicans and 55 percent of Democrats polled had an actual, defined view on bombing a place in a cartoon.

“Increasingly, incidents like this are the norm rather than the exception. It’s not just that people don’t know a lot about science or politics or geography. They don’t, but that’s an old problem. The bigger concern today is that Americans have reached a point where ignorance—at least regarding what is generally considered established knowledge in public policy—is seen as an actual virtue. To reject the advice of experts is to assert autonomy, a way for Americans to demonstrate their independence from nefarious elites—and insulate their increasingly fragile egos from ever being told they’re wrong.”

An Intelligent Perspective and Commentary

Those were the opening paragraphs in Tom Nichols’ article “How America Lost Faith in Expertise” that appeared in the Foreign Affairs magazine March/April 2017 issue. I recalled the article today as I read another excellent piece of journalism by Bret Stephens, New York Times Op-Ed Columnist who recently lectured in Sydney, Australia. The text appeared in the NYT on Sunday as “The Dying Art of Disagreement.”

Thoughtful writing like these two examples is sadly the exception and not the rule. As social media inundates humanity 24/7 with unthoughtful bloviating and jaw-flapping, I want to encourage my readers to read the Nichols and the Stephens articles in their entireties. The links are included. Frankly, I hold little hope that many will.

I offer these thoughts from Mr. Stephens column with the hope that they will encourage you to follow the link and read the complete article …

Disagreement is dear to me, too, because it is the most vital ingredient of any decent society.

To say the words, “I agree” — whether it’s agreeing to join an organization, or submit to a political authority, or subscribe to a religious faith — may be the basis of every community.
But to say, I disagree; I refuse; you’re wrong; etiam si omnes — ego non — these are the words that define our individuality, give us our freedom, enjoin our tolerance, enlarge our perspectives, seize our attention, energize our progress, make our democracies real, and give hope and courage to oppressed people everywhere. Galileo and Darwin; Mandela, Havel, and Liu Xiaobo; Rosa Parks and Natan Sharansky — such are the ranks of those who disagree.

We Are Failing at the Task

And the problem, as I see it, is that we’re failing at the task. 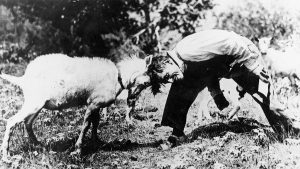 We no longer just have our own opinions. We also have our separate “facts,” often the result of what different media outlets consider newsworthy.

It’s usually the case that the more we do something, the better we are at it. Instead, we’re like Casanovas in reverse: the more we do it, the worse we’re at it. Our disagreements may frequently hoarsen our voices, but they rarely sharpen our thinking, much less change our minds.

To listen and understand; to question and disagree; to treat no proposition as sacred and no objection as impious; to be willing to entertain unpopular ideas and cultivate the habits of an open mind — this is what I was encouraged to do by my teachers at the University of Chicago.

It’s what used to be called a liberal education.

The University of Chicago showed us something else: that every great idea is really just a spectacular disagreement with some other great idea.

These quarrels are never personal.

You Must First Understand

Most importantly, they are never based on a misunderstanding. On the contrary, the disagreements arise from perfect comprehension; from having chewed over the ideas of your intellectual opponent so thoroughly that you can properly spit them out. 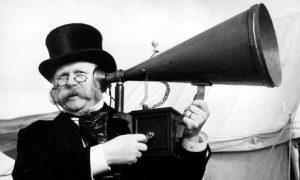 In other words, to disagree well you must first understand well. You have to read deeply, listen carefully, watch closely. You need to grant your adversary moral respect; give him the intellectual benefit of doubt; have sympathy for his motives and participate empathically with his line of reasoning. And you need to allow for the possibility that you might yet be persuaded of what he has to say.

According to the Brookings institution, a plurality of college students today — fully 44 percent — do not believe the First Amendment to the U.S. Constitution protects so-called “hate speech,” when of course it absolutely does. More shockingly, a narrow majority of students — 51 percent — think it is “acceptable” for a student group to shout down a speaker with whom they disagree. An astonishing 20 percent also agree that it’s acceptable to use violence to prevent a speaker from speaking.

What’s clear is that the mis-education begins early. I was raised on the old-fashioned view that sticks and stones could break my bones but words would never hurt me. But today there’s a belief that since words can cause stress, and stress can have physiological effects, stressful words are tantamount to a form of violence. This is the age of protected feelings purchased at the cost of permanent infantilization.

If you want to make a winning argument … against conservative opponents, make it on a conservative foundation: As a matter of individual freedom, and as an avenue toward moral responsibility and social respectability. The No’s will have a hard time arguing with that. But if you call them morons and Neanderthals, all you’ll get in return is their middle finger or their clenched fist.

So here’s where we stand: Intelligent disagreement is the lifeblood of any thriving society. Yet we in the United States are raising a younger generation who have never been taught either the how or the why of disagreement, and who seem to think that free speech is a one-way right: Namely, their right to disinvite, shout down or abuse anyone they dislike, lest they run the risk of listening to that person — or even allowing someone else to listen. The results are evident in the parlous state of our universities, and the frayed edges of our democracies.

The Crucial Prerequisite is Absent

Yes, we disagree constantly. But what makes our disagreements so toxic is that we refuse to make eye contact with our opponents, or try to see things as they might, or find some middle ground.

The crucial prerequisite of intelligent disagreement — namely: shut up; listen up; pause and reconsider; and only then speak — is absent.

Free speech must ultimately be free, whether or not it’s fair.

But no country can have good government, or a healthy public square, without high-quality journalism — journalism that can distinguish a fact from a belief and again from an opinion; that understands that the purpose of opinion isn’t to depart from facts but to use them as a bridge to a larger idea called “truth”; and that appreciates that truth is a large enough destination that, like Manhattan, it can be reached by many bridges of radically different designs. In other words, journalism that is grounded in facts while abounding in disagreements.

From my perspective, Mr. Nichols and Mr. Stephens bring sanity and clarity to two major issues that face all men, women and children of good will. I hope you will take time to read each article, ponder it carefully and move forward with a positive attitude to make the world a better place to be.

The Dying Art of Disagreement

How America Lost Faith in Expertise