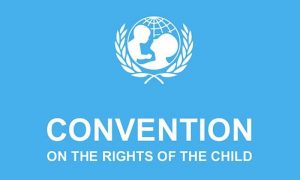 The United Nations Convention on the Rights of the Child was adopted and opened for signature and ratification in November 1989 by the UN General Assembly.  It was officially ‘entered into force’ almost a year later in September 1990, over three decades ago.  Article 42 states that governments must actively work to make sure children and adults know about the convention.

What do you know about the UN’s Rights of the Child?  What has your government actively done to make sure you and your children know about the convention?  Up until last week, I knew nothing about it, which leads me to conclude that my government has done a poor job making sure that I, my children, and my grandchildren know about it.  Alternatively, perhaps I’ve not been attentive to the issue, focusing more on the personal needs of my family than on the broader needs of the world.  The older we get, the more our personal needs lessen and stabilize and our wants disappear, not because we’ve satisfied and achieved them, but because they just aren’t that important anymore.  As we age, we are able to broaden our views and perspectives to include the needs of others beyond our personal circles of influence, interaction, and exposure… 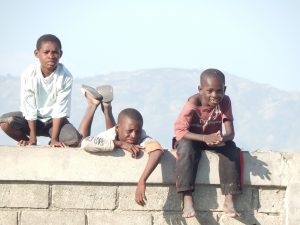 Consider article 28 of the convention.  Article 28 “States Parties recognize the right of the child to education, and … they shall, in particular: (a) Make primary education compulsory and available free to all…”

I offer these questions and statements as follow up to last week’s post on Sustainable Development, specifically, sustainable development goal [SDG] 4:  “Ensure inclusive and equitable quality education and promote lifelong learning opportunities for all.”

As we as parents and grandparents allow extraneous forces – mostly political and overwhelmingly selfish – to muck up the educational system in America, I keep an unflinching eye on the plight of the children we work with in Haiti.

In the simplest context, The Haitian Constitution requires that public education be offered free to all people.  The Haitian government has been unable to fulfill this obligation.  The list of reasons why is long, some are legitimate – like earthquakes – and others are merely excuses that attempt to bail out incompetent leadership at all levels of government and education.  The result…

Haiti’s literacy rate – the percentage of the total population above age 15 who can read and write – according to the World Fact Book is about 61%.  The average world literacy rate is about 86% and the literacy rate for Latin America and Caribbean countries is about 90%.  If – as I firmly believe – the only way to eliminate poverty is through education, it comes as no surprise that Haiti is the poorest country in the Western Hemisphere and among the poorest in the world.

As you can see from recent posts, there is an abundance of words, conventions, legislation, resolutions, etc. detailing situations that need attention – situations like the environment, children’s rights, poverty, peace and health – and ‘solutions’ and ‘gameplans’ on how to address them.  Based on my research to date, I stand by my conclusion that I consider the ‘formal’ solutions unachievable by governments, concerned organizations, and religious traditions.

The survival of the planet comes down to you and me and what we are willing to do to make the world a better place to be.  It starts – and ends – with us, and EDUCATION is the prime mover.  If you are inclined to learn more about the Rights of Children, I invite you to use either of these links…

The United Nations Convention on the Rights of the Child

A Summary of the Rights of the Child