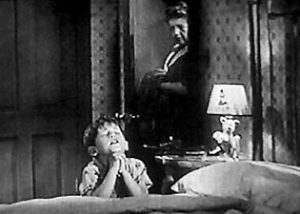 I vaguely remember taking One-A-Day vitamins as a child.  You had to swallow them quickly and were in for a nasty surprise if you inadvertently bit into the small pill before you swallowed it.  I clearly remember saying prayers every night as a child kneeling next to my bed, hands folded, eyes reverently closed and head respectfully bowed, or maybe like Opie here, head raised wondering what heaven is like.

I drifted away from both – prayers and vitamins – when I left home in 1967.  I prayed infrequently – mostly when I wanted something – but daily vitamins became a thing of the past.

That changed in 1979 when I experienced a neurological situation.  With a young family and faced with uncertainty, I began to pray regularly and not just at bedtime, but throughout the day from morning to night.

That same year, a friend advised me to take Vitamin C every day.  Though the effects of Vitamin C remain disputed, my friend’s advice was strong and informative.  With rare exceptions, I have taken Vitamin C every day – occasionally more frequently – for four decades.  Over the years, I’ve added to the list of vitamins I regularly take: 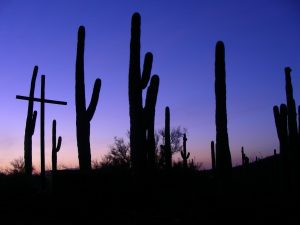 My prayer regimen has expanded even more broadly, particularly since 2009 when we returned to Arizona and pre-dawn desert excursions were daily events.

Prayer is a foundation of this Vitruvian Man website.  We proudly display John O’Donohue’s profound proclamation on our homepage:

“Prayer is the presence that holds harmony in the midst of chaos. Every time you pray, you add to the light and harmony of creation. If you do not pray, if you do not believe in prayer, then you are living off the prayers of other people.”

A man once threw that back in my face as if he was offended that I would even suggest O’Donohue’s statement was valid, much less include it on my homepage.  To him and others like him, my response is the same I give to people who respond to my vitamin regimen with the question, “Does it help you?”

In a recent ‘live’ conversation with my family coordinated by my daughter, we were asked what we considered the best and the worst ways the global pandemic has affected our lives.  I was asked to go first.  The only bad thing I could come up with is that the fruit lady hasn’t sold fresh grapefruit on the corner for over a month.  “Other than that,” I concluded, “Life is grand.”

The point is, would I be able to say the same thing without prayers and vitamins?  Would I consider myself as healthy and as active as I do without the vitamins, exercise and healthy food I choose to eat?  Would I consider life as good, would I be as satisfied with what I have without wanting more if I spent less time in prayer and contemplation?

I can’t answer any of those questions, but I can confirm that I feel sound of mind, body, and spirit and I believe that vitamins and prayer play a significant role in my well-being.

To the incredulous man I referred to earlier in this note and to others like him, I do not choose to live off the prayers of other people.  I consider myself physically, mentally, and spiritually fit.  If you can’t say the same, take a daily vitamin and say a daily prayer.  It’s never too late to start.