Yesterday evening, Justin informed me that we successfully concluded our summer camp.  “Today we are surrounded by happiness,” he writes.  “During the camp, the children play with each other, eat together, tell jokes, learn about their culture, and history, and learn things that can be useful to make a little money in the future, like learning to make shampoo and detergent.  This final day” he concludes, “we celebrated by dancing and singing together.  The camp was 100% successful and the children are very happy.”

Justin and the GBCCS staff prepared a feast on the final day that included chicken, something these children do not receive on a regular basis. 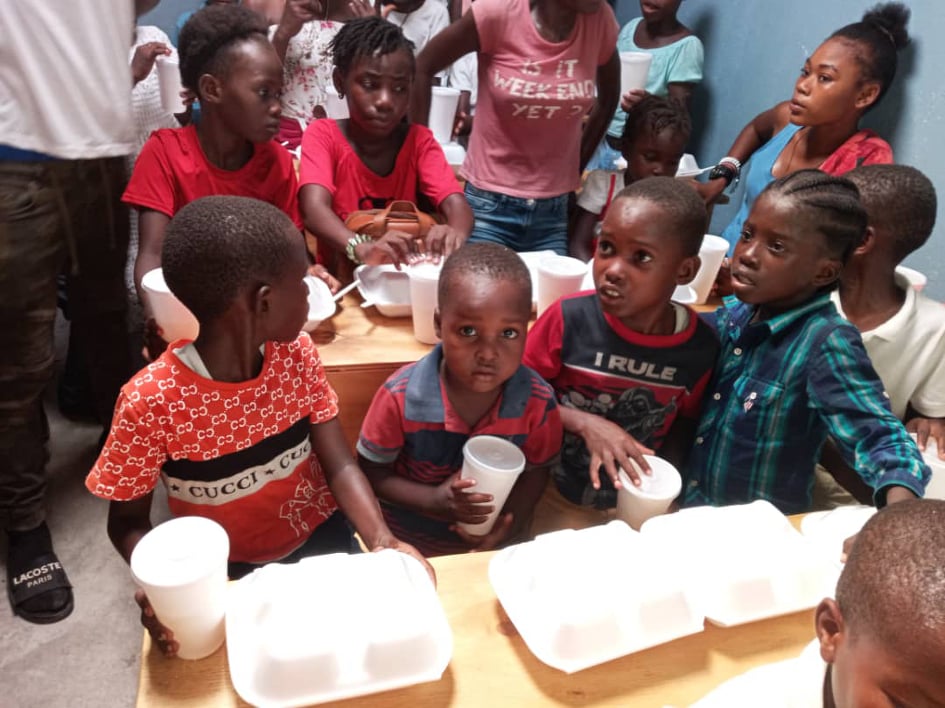 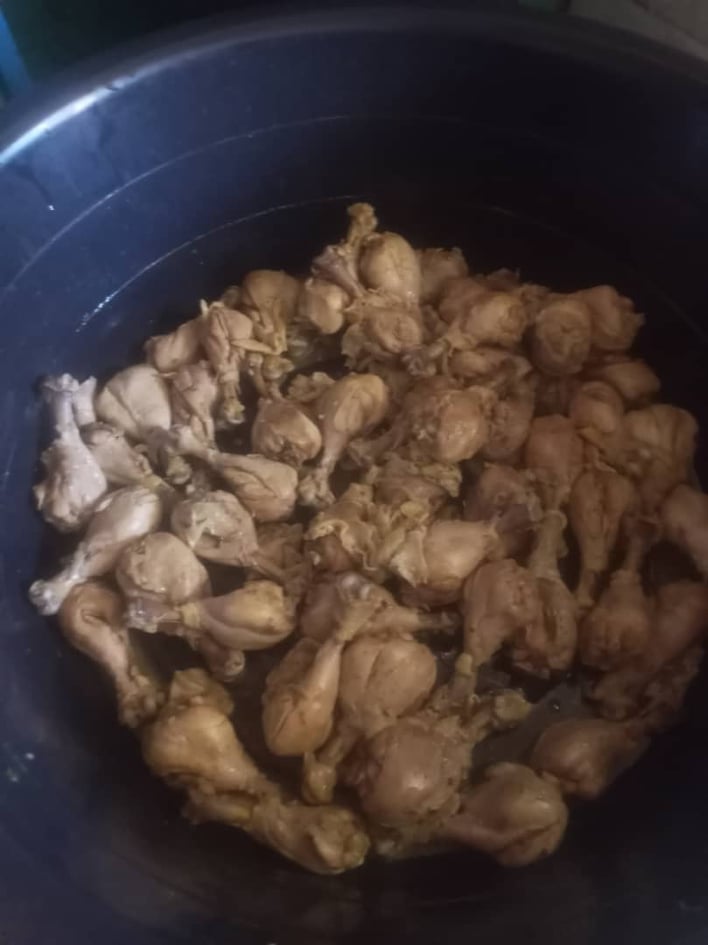 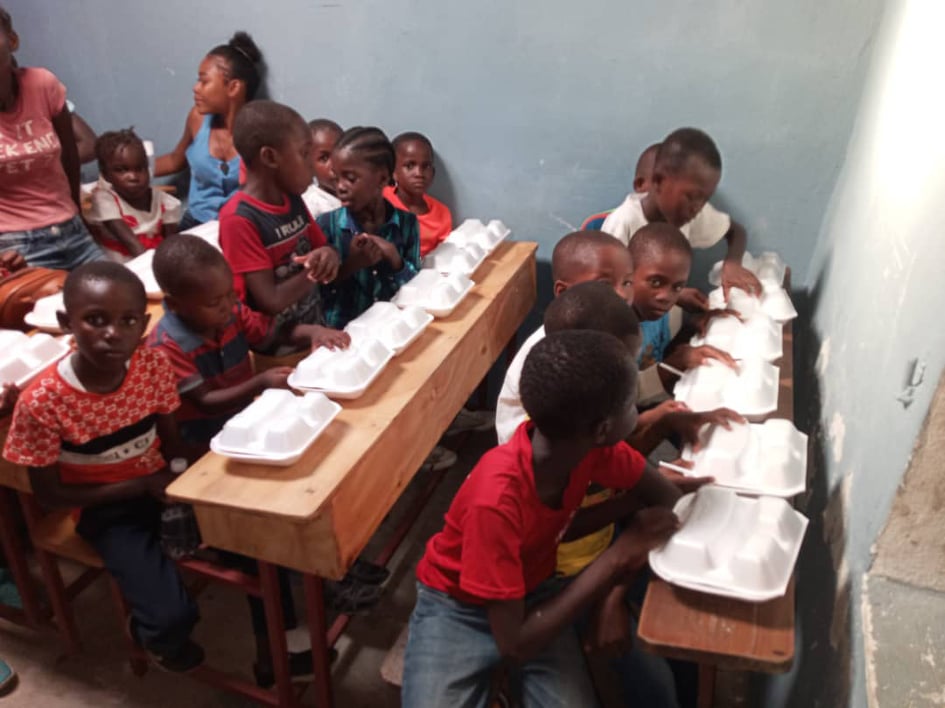 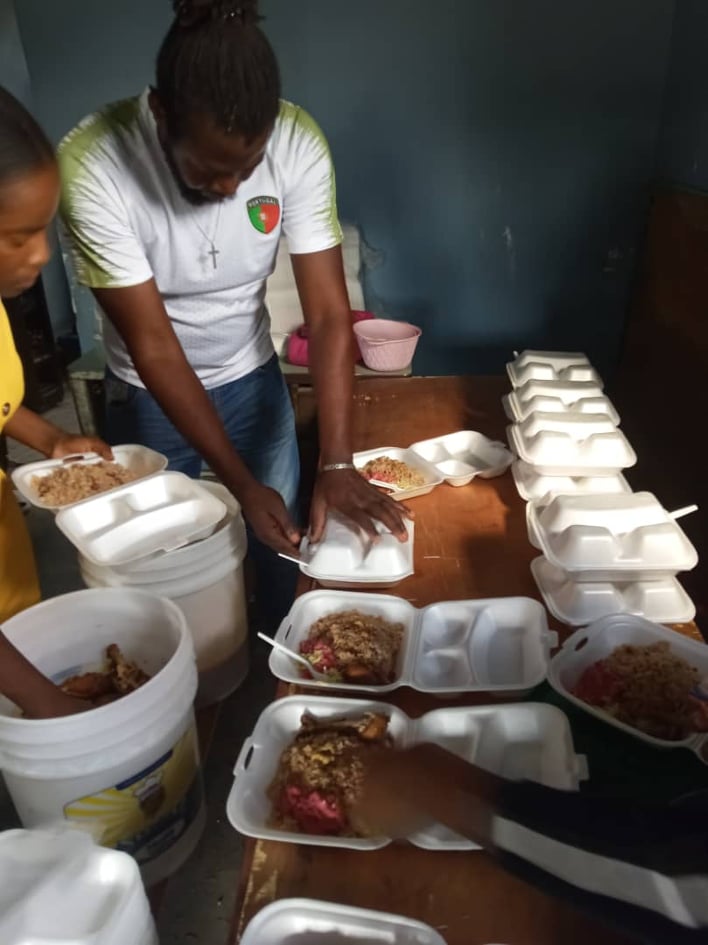 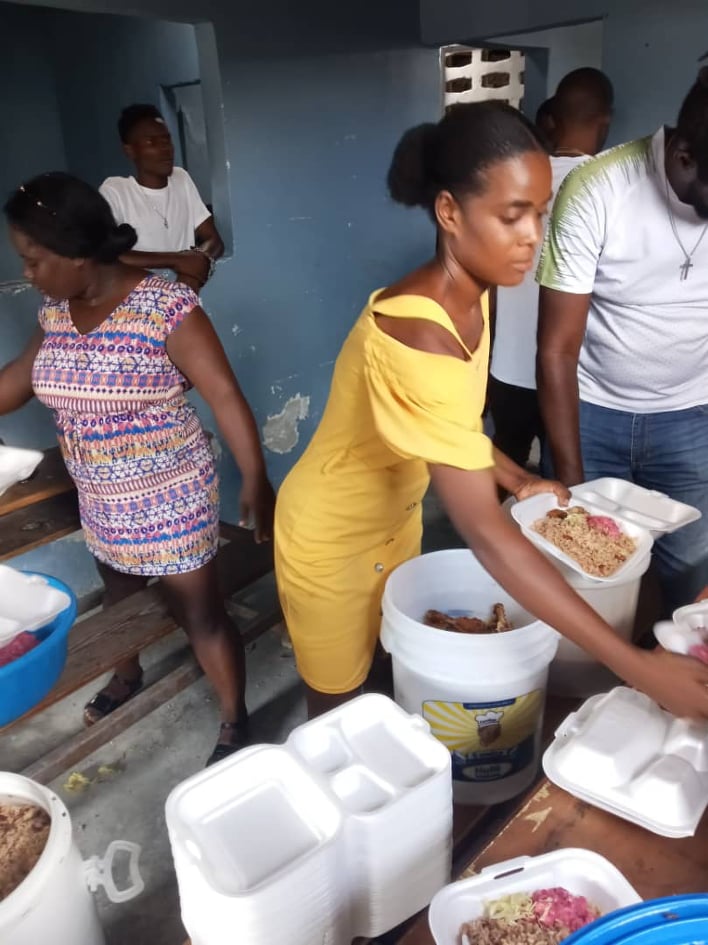 With camp concluded, I turn my attention to the upcoming school year, but as soon as I woke up this morning, I had a message from Justin.  “We have another sad news,” he wrote.  “One of our students was shot last night.”

Her name is Mirlene Obin.  She is 12 years old and just completed the 3rd grade in our Barefoot School.  Her test scores are average, but her best score was in religion.  Mirlene took a bullet to the chest and received immediate help from a Salesian Sister of Saint John Bosco who was nearby.  The nun brought her to the closest hospital.  Justin tells me Mirlene is on oxygen and receiving medical attention.

Mirlene is the second of our students to be shot in recent weeks.  Thirteen-year-old Alvin Vernet Marc remains in the hospital recovering from a gunshot to his stomach on July 17.  Children do not deserve to live like this, not in Haiti, not in Chicago, not in Mexico, not in the Philippines… nowhere!

I cringe to think that America is a large part of the problem.  Le Nouvelliste – the Haitian newspaper I follow – reported on Thursday that there has been an increase in smuggling weapons from the United States to Haiti.  In the article, a former special agent in charge of local ATF offices in Miami and Los Angeles says, “The United States is the largest gun store in the Western Hemisphere – by volume, by manufacturing, by culture.”  The agent’s statement is not something

America can or should take pride in.  For my part, I’d outlaw guns.  You’ll tell me it’s not that easy, and you are undoubtedly right.

I don’t have the answer, but I remain committed to Justin and his staff in Haiti to keep the children safe.  We believe the best way we can do that is to continue offering our education services at the Barefoot School.  At a minimum, we keep our eyes on the children and keep them off the streets and out of harm’s way for many hours each day.

As Justin tells me, “For many years, Cite Soleil has not passed a day without shooting, especially in the last 2 months, the shooting has increased.”  It is a sad commentary, and it cannot be ignored.

We Are All Family