I love language.  Though tempted to learn Esperanto – a constructed, international auxiliary language – I focus my current efforts on Haitian Creole.

Many years ago, I coordinated trips for well-intentioned Americans to visit Haiti for one week.  The visitors could participate as ‘instructors’ in ‘English classes’ given to the Haitian children. 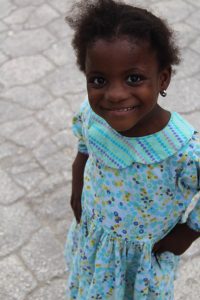 After several trips as a ‘team leader,’ I learned that many, if not most of the children we worked with could not afford school and consequently did not attend school.  All the children spoke Creole, the common language; fewer spoke French – both languages are recognized as national languages of Haiti.  Not as many children could read and write either language nor could their parents because, like their children, they did not have access to formal education.  It made little sense to me that we were ‘teaching’ Haitian children to speak English when most could not read or write their own language.

On further thought, I believed that I, as a visitor, should learn Creole.  If I truly care for these children, I should learn their language and not expect them to learn mine.

Since 2016, I have worked closely and directly with Guepard Boxing Club in Cité Soleil [GBCCS].  My primary contact is Justin Ricot who manages the organization.  Justin’s English is far better than my Creole but well short of the ‘King’s English.’  Justin can make himself understood and can understand English if it is spoken slowly and deliberately.  Because my Creole is far inferior to Justin’s basic English, we rely on English to communicate.  In recent months, I have come to realize that it is incumbent on me to learn Creole.  I rely heavily on Google Translate.

Justin and I communicate in three ways:

I attempt to keep my communications simple and direct.  Emails are short and to the point.  I draft each email in English; a Creole translation from Google follows the English.  I use the same method when text messaging.

I am NOT a fan of video chats, Skype, etc., BUT, I find the technology beneficial when communicating with Justin.  It is good for us to see each other.

Yesterday, he took me through his local market during our chat session… fascinating!

When I am engaged in a video chat with Justin, I always open a window on my computer with Google Translate, and rely on it frequently when we ‘get stuck.’  Yesterday, for example, I saw a large, blue barrel of water in the market, a barrel akin to a 55-gallon drum.

He will need barrels exactly like the ones I saw to store water for a project we are trying to initiate in his neighborhood.  Justin did not understand me when I used the English word ‘barrel.’  I quickly checked for the Creole word on Google Translate; ‘barrel’ in Haitian Creole is ‘barik.’  When I said the word – incorrectly – he still didn’t understand me, so I wrote it on paper and held it before the camera.  He laughed, said the word correctly, and proceeded to one of the barrels so I would know he understood.

This may sound ‘labor-intensive,’ but the effort is worth the results we hope to achieve.  As my knowledge of Creole and my ability to use it become more proficient, so, too will the effectiveness of the programs we work together.

I’ve come to understand that the ONLY way to eliminate poverty in the world is through education, and that happens on many levels.  Working with my friend Justin, I know that MY continued education – in this case, learning the language to enhance communication – is as important to the process as the education of the people.

We are all family