As a student of history, dates stick in my mind.  Throughout my life, I remember ‘things’ by associating them with dates.  As an example, my beautiful home in River Falls was located at 1890 Golf View Drive.  Easy for me to remember because the massacre at Wounded Knee occurred in 1890 not so far away.  I once had a friend and business associate in Argentina whose telephone number was 476-1588.  I called him enough to know the country and city code and remember 476 – the fall of the Roman Empire – and 1588 – the defeat of the Spanish Armada.  Elementary. 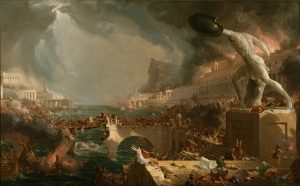 I recalled the date 476 this morning when I noted that on this date, June 2, 455, Vandals sacked Rome led by their king, Genseric.  Twenty-two years later, the Roman Empire collapsed when Romulus, the last Roman emperor in the west, was overthrown by the Germanic leader Odoacer, who became the first Barbarian to rule in Rome.

Mrs. tVM was in a nearby room watching the early news – we are up at 0400.  As I recalled the fall of the Roman Empire, once the grand steward of the Pax Romana, perhaps the greatest societal phenomenon known to man, I overheard the news that reported once again the regrettable work of ‘American’ vandals who continue to ravage the landscape.  I am still not sure why.

Do not misunderstand me, I understand the need to bring deplorable practice – government, civilian and otherwise [if there is an otherwise] – to the attention of our lawmakers in a respectable, responsible, and nonviolent way to influence positive change.  We are obligated to do that and have been led by some incredible people throughout human history in their quest to make the world a better place, but as we suggested in yesterday’s post, we can choose to exercise that obligation in different ways.  I will stand with Jesus, Gandhi and Martin Luther King. 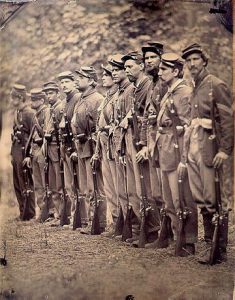 I have never taken to the moniker “The Greatest Generation.”  My reasons are many, but if I were forced to choose ‘the greatest generation,’ I would choose those men and women who were embroiled in the American Civil War, the so-called War Between the States.

On another historical note, today marks the day on June 2, 1865 when General Edmund Kirby Smith surrendered his army – the final standing army of the Confederate States of America – and thus ended the Civil War.  Many of us recall Robert E. Lee’s surrender to Ulysses Grant at Appomattox, but that was nearly 8 weeks prior to General Smith’s surrender in Galveston, Texas.

That may be unimportant to you, but the fact that nearly 650,000 American men and women died to preserve this country one-hundred-fifty-five years ago should, regardless of your stand on the issues.  These men and women preserved this country. 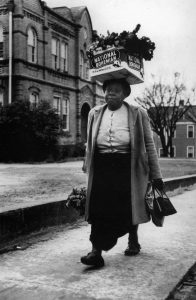 There is a solution to every situation – this one included – and America will find it. 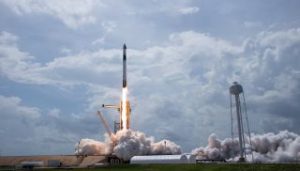 “You want to wake up in the morning and think the future is going to be great – and that’s what being a spacefaring civilization is all about. It is about believing in the future and thinking that the future will be better than the past. And I can’t think of anything more exciting than going out there and being among the stars.”

I am with Elon Musk.  We have, can and will continue to learn from history.  The future will be better than the past.