I love the freedoms bestowed upon me as an American citizen, freedoms guaranteed by our Constitution and its 27 Amendments.

As much as I love America, that is how much I dislike the selfish way too many Americans interpret our freedoms such that they consider themselves entitled and refuse to be considerate of other Americans and their points of view.  Too much hate in America.

Until the hate subsides, I have no choice but to leave.

It is a painful decision, but I am ready to repatriate, and I have selected the perfect place for me to be:  the merry old land of Oz.

This is how L. Frank Baum – who wrote and published The Wonderful Wizard of Oz in 1900 – described this wonderful place,

“There were no poor people in the land of Oz, because there was no such thing as money, and all property of every sort belonged to the Ruler. Each person was given freely by his neighbors whatever he required for his use, which is as much as anyone may reasonably desire. Every one worked half the time and played half the time, and the people enjoyed the work as much as they did the play, because it is good to be occupied and to have something to do.” 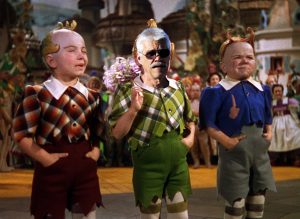 That’s the place for me!  I am heading for Oz sooner than later, and I bet I will find Henry David Thoreau waiting there for me, too!

I only have one situation to deal with:  I can’t find the merry old land of Oz on Google Maps!  If I only had a brain I bet I could.