I am willing to share this personal story because I know there are people who can benefit from it, people just like me who tend to ignore warning signs and pull the covers over their heads hoping ‘it will go away.’  Sometimes it won’t!

Health is maintained by practicing three essential and interdependent disciplines:

When health fails or is in jeopardy, sick care becomes a consideration.  I define sick care as intervention by members of the professional medical community.

Sick care for me is the last resort.  I turn to it not necessarily because healthcare – prayer, diet, and exercise – has failed, but because something has occurred that I’ve concluded needs investigation or intervention.  My two hip replacements are good examples.  Here’s another good example… 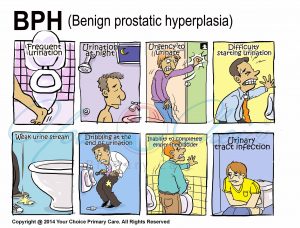 About nine months ago – in September 2021 – I began experiencing difficulty with urination, all symptoms of an enlarged prostate.  I’ve been taking Saw Palmetto daily for nearly 20 years hoping to avoid this situation.  The symptoms worsened as the year closed – weak flow (dribbling [not a basketball]), failure to void, frequent (every 60 minutes) trips to the bathroom throughout the night and even during the day.  I scheduled a visit to the VA. 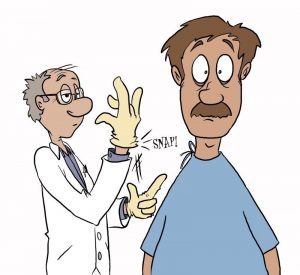 I was GREATLY relieved when my team leader – following a simple but uncomfortable ‘digital exam’ (I thought ‘digital’ meant it had something to do with computers) – announced that my prostate was healthy but enlarged, not unusual for someone my age (72).  She prescribed Finasteride.

My research revealed there are two drugs that are typically used to treat BPH (benign prostatic hyperplasia [enlarged prostate]):   Finasteride and Tamsulosin.  Finasteride reportedly shrinks the prostate; Tamsulosin is a muscle relaxer that relaxes the muscles around the bladder and prostate to promote flow.

After two months on Finasteride, I experienced no noticeable relief.  I was willing to be patient because I read that it may take up to six months for Finasteride to work its magic.  But my situation was not improving and was becoming more difficult to deal with.  I contacted my VA team leader and she added Tamsulosin to my regimen.

Within hours of taking my first dose of Tamsulosin, my situation improved.  My flow became more consistent and strengthened.  After two doses, I only got up twice during the night to relieve myself, and the flow was strong and painless.  Prior to the Tamsulosin, I made five to eight trips to the bathroom EVERY NIGHT.

The point of the experience – and Mrs. tVM is quick to remind me – is not to wait for a situation to become unbearable before you take affirmative action to correct it, particularly when there are proven solutions to effectively deal with it.  That advice works for health as well as other situations in your life with friends, families, and associates.

I remain committed to healthcare and the three disciplines that promote it:  prayer, diet and exercise, but I am now inclined to investigate additional options as the situation warrants.