As we hunkered down over the Arizona weekend under biblical monsoon rain, I encouraged my friend Dwight to watch Tom Shadyac’s 2010 documentary “I Am.”  True to form, he did, and when I asked him what he thought, he replied,

“Everyone needs to watch this film.” 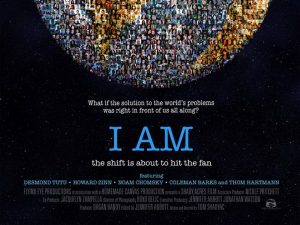 I first watched “I Am” a decade ago, recommended to me by a reader of this website.  I’ve watched it four times since, including yesterday.  It never fails to move and inspire me.  As I watched the final frames yesterday afternoon, it occurred to me that if everyone had watched this film 10 years ago as Dwight suggests, the world, our countries, neighborhoods, families, and friends would have avoided the misery we experienced on so many levels in 2020.  That is how significant I consider the message that resounds throughout this film:

We are all connected.  It is in our DNA to cooperate.

Make it a point to disconnect from network news and social media for an hour and spend time with Tom Shadyac and his film.