Years ago, a friend recommended to Mrs. tVM and me the PBS series Call the Midwife.  I have been around since the dawn of TV.  I remember Howdy Doody and Buffalo Bob Smith.  I remember when the networks played the National Anthem when they signed off at midnight.  I remember the Indian head test pattern that filled the small screen after the anthem during off-broadcast hours from midnight to 6 AM. 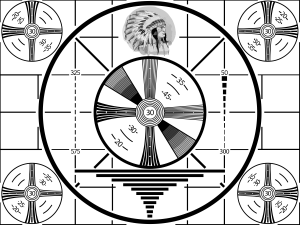 Through seven decades of TV, I have seen no better television show than Call the Midwife.  Frankly, nothing is even close, and I am a big fan of Andy Griffith and  The Waltons.

Mrs. tVM has read Jennifer Worth’s book trilogy upon which the BBC production is based, and she highly recommends Ms. Worth’s books as well.

I had a bit of a rough day yesterday trying to resolve a situation with no cooperation from the people who need to cooperate.  Frustrated, I sat down after supper to watch Call the Midwife, season 9’s final episode.  At the end of 50 minutes, my personal frustrations seemed small, and I grinned when my favorite character – the aging Sister Monica Joan – revealed the perfect solution to the dilemma she and her peers faced.

I reached out and took Mrs. tVM’s hand and said, “That is exactly what I needed this evening!  Someone always shows me how good people can be!”

If you have never watched Call the Midwife, I strongly recommend it.  The first eight seasons are available on Netflix.  In nine seasons, the creators of the show and the ensemble that graces each episode have never disappointed.