As we complete the second full month of the Barefoot School in Cité Soleil, Haiti, our staff administers tests – midterms, if you will – to the hundreds of students who comprise our student body.  The original 100 children we planned to serve has swelled to as many as 300 and we keep our doors open every weekday afternoon from Monday through Friday.  As the student body increases, so does the cost of everything from pencils and paper to the meals Justin and his staff prepare and serve at the conclusion of every school day.  It is the same around the world, inflation is rampant.  We manage.

Occasionally, I note that attendance drops to around 200.  I ask Justin, “Where are the children?”  His answer is always the same.  “There’s a lot of war today,” he replies in his broken English, “Gang to gang.  They shooting a lot today.  That’s the reason.”  I read the Haitian newspaper Le Nouvelliste every morning.  Today, one headline reads, “Gang war continues in Cité Soleil.”  The article concludes, “Joël Janéus [the interim agent] appeals for calm and invites the gangs to listen to the voice of reason.”  Good luck on that one.  We manage. 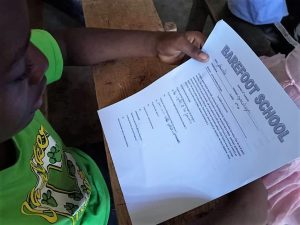 Justin sent me copies of the tests the Barefoot School administered this week.  The tests are not complex, but the act of administering them and taking them gives the staff and the students a sense of accomplishment.  Tests covered science, social studies, math, French, and Creole.  I noted they came in two ‘flavors:’  one set was prepared on Microsoft Word; the second set was prepared by hand and had far more pictures than words.  “Not all the children can read,” Justin explains.  “Those who can’t read take the tests with pictures.”  In this short video, teacher Saloman Stherlin asks the student, “Circle in blue the means of transportation on water.”  The student uses a different color for air transportation and the third color for land transportation.  It works… we manage. 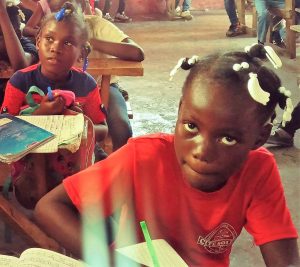 My friends send me photos nearly every day.  What stands out most to me in the pictures are the faces of the children.  They pay close attention to the teachers and are intent on learning.  In two months, I’ve not seen a single child distracted by a cell phone.  As I drive to the Arizona farm early every morning, I pass groups of young people gathered at bus stops. 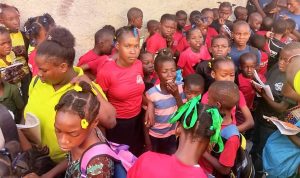 Few – if any – are engaged in face-to-face conversation.  Most stand immobile with faces buried in a cell phone screen.

The final question on the Kominikasyon Kreyol – Creole Communications test – may be the best question on any of the tests.  “Prezante tèt ou bay yon zanmiw,” it reads… “Introduce yourself to a friend.”

Someone asked Justin, “What good is the Barefoot School?”  His answer is relevant to the entire world.  “Haiti will be better in the future,” he explains, “because the Barefoot School keep children and young people away from gangs and teaches them how to be good people.  A good children today, a good person tomorrow.” 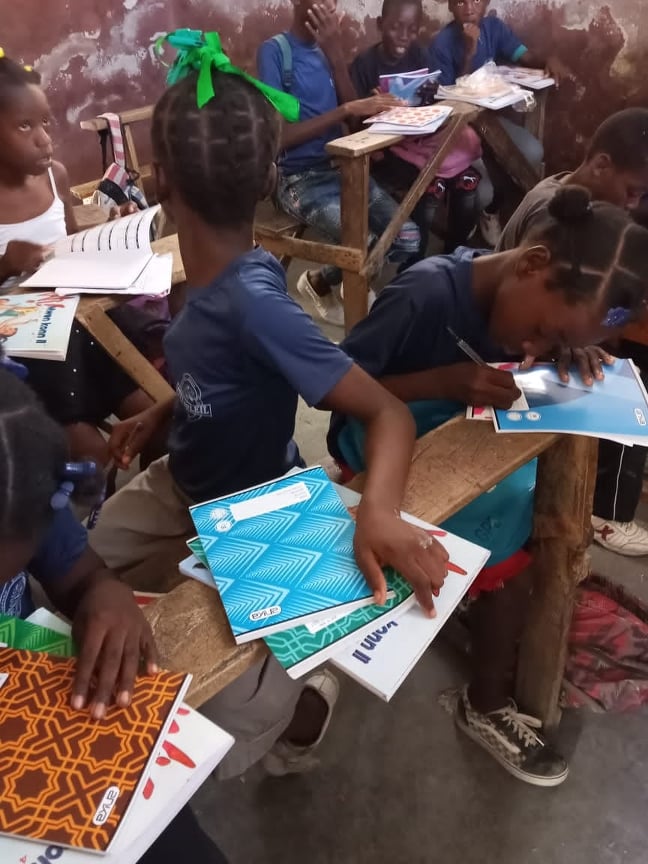 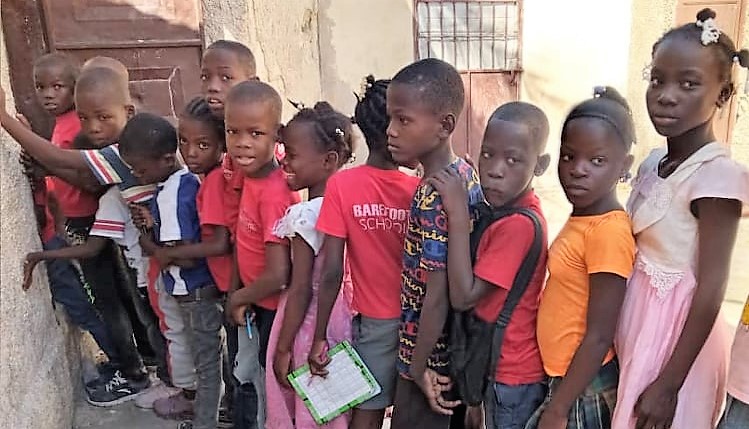 waiting for school to open 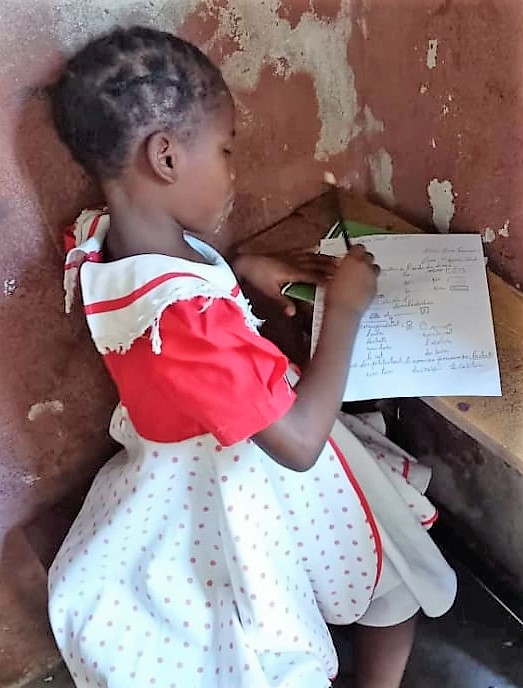 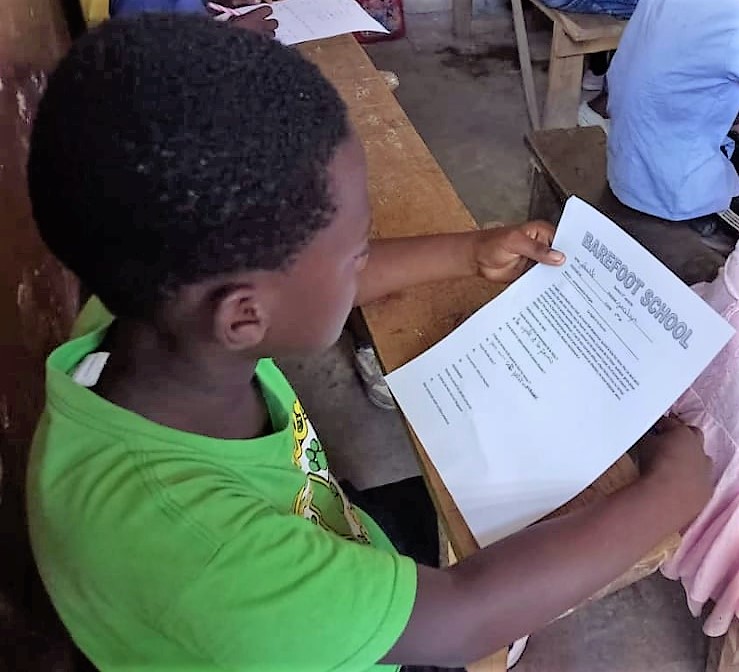 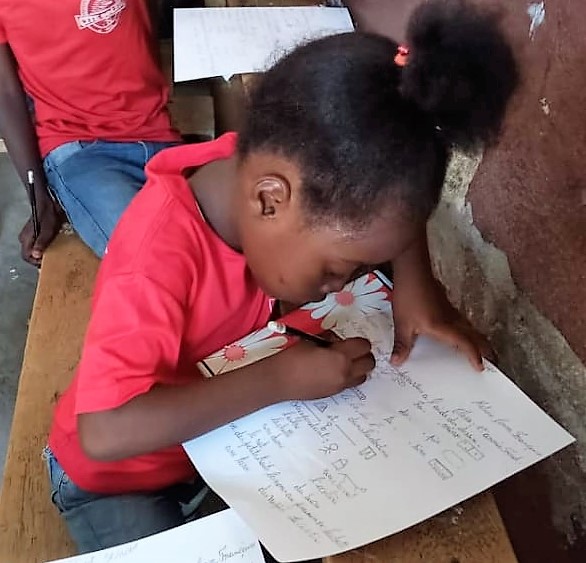 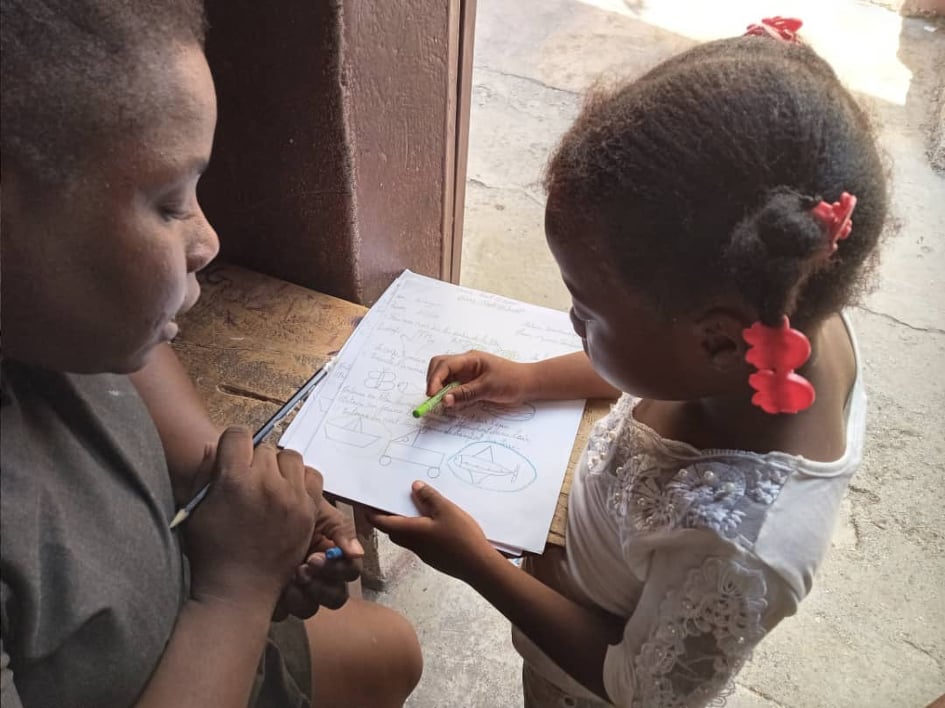 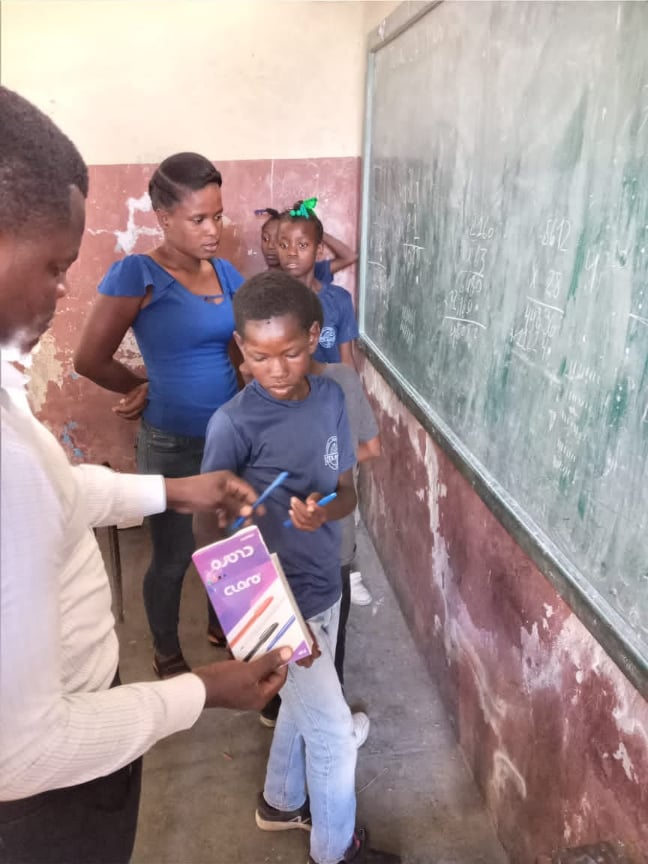 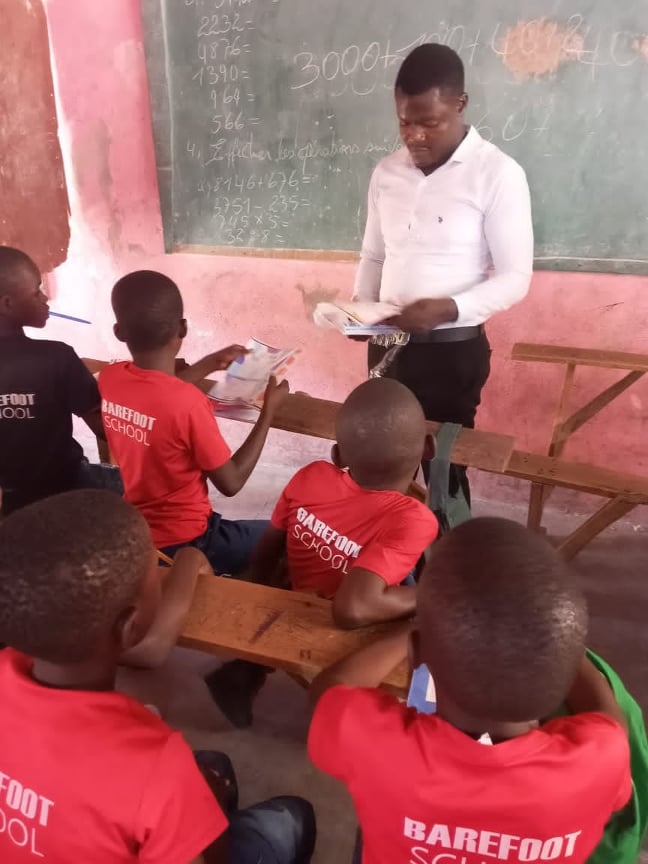 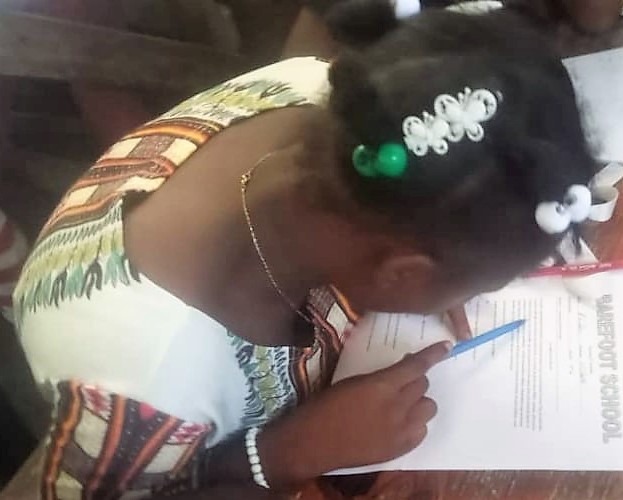 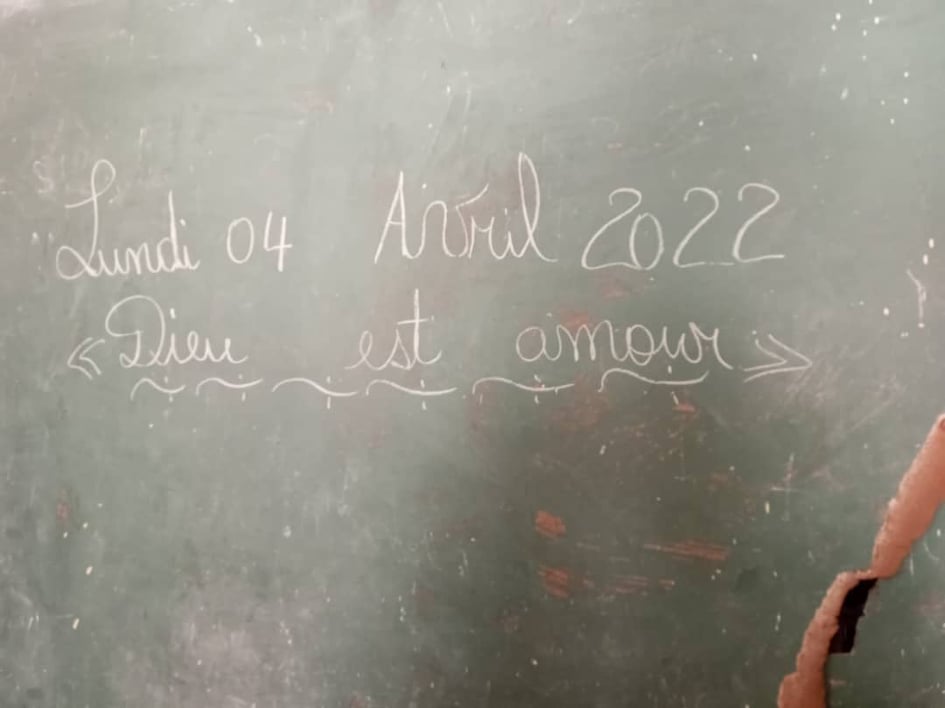 The Daily Message "God is Love"