This morning, I read an interesting – and disturbing – essay in the January/February 2019 issue of Foreign Affairs Magazine: “Deepfakes and the New Disinformation War, The Coming Age of Post-Truth Geopolitics” by Robert Chesney and Danielle Citron. While I have heard the term “fake news” tossed and bandied about, I was unfamiliar with the term “deepfake.”

According to TechTarget WhatIs.com, deepfake is an AI-based technology used to produce or alter video content so that it presents something that didn’t, in fact, occur. The word, which applies to both the technologies and the videos created with it, is a portmanteau of ‘deep learning and fake.

a portmanteau is a word created from two other words, or parts of words, that both contribute to its meaning… Portmanteaus (or portmanteaux) abound in information technology (IT), where new products and services come to market frequently
The technology already exists to create convincing – but inauthentic – audio and video content, and those technologies are rapidly improving.

As I read the Foreign Affairs article, I thought of the many ‘moon landing’ conspiracies that abound that some opinion polls report upward of 20% of Americans still believe, and I recalled the 1975 film “Capricorn One,” a 45-year old political thriller where the government stages a landing on Mars after the mission goes awry. Recently, I’ve been viewing the National Geographic docudrama “Mars,” which is probably good enough in some respects to be passed off as the real deal. It depicts both a fictional perspective of how a Mars landing and colonization could occur in the not so distant 2033 and a documentary that presents where we are now (the film was produced in 2016) regarding a manned mission to Mars. I find it interesting and informative.

Authors Chesney and Citron introduce their essay on deepfake this way,

“A picture may be worth a thousand words, but there is nothing that persuades quite like an audio or video recording of an event. At a time when partisans can barely agree on facts, such persuasiveness might seem as if it could bring a welcome clarity. Audio and video recordings allow people to become firsthand witnesses of an event, sparing them the need to decide whether to trust someone else’s account of it. And thanks to smartphones, which make it easy to capture audio and video content, and social media platforms, which allow that content to be shared and consumed, people today can rely on their own eyes and ears to an unprecedented degree.

“Therein lies a great danger… Now imagine that these recordings could be faked using tools available to almost anyone with a laptop and access to the Internet—and that the resulting fakes are so convincing that they are impossible to distinguish from the real thing.”

Being certain of the facts and applying accurate attribution was at the heart of journalism when I studied it 40 years ago at the then Utica College of Syracuse University. If you can’t confirm it, if you can’t attribute it, don’t use it. That was a simple and direct rule that seems to have lost its significance and value in the ‘information age.’ An anonymous source is no better than no source. The world is much different today. Immediate and easy access to the Internet heightens the gravity of Deepfakes. According to Chesney and Citron,

“Deepfakes have the potential to be especially destructive because they are arriving at a time when it already is becoming harder to separate fact from fiction. For much of the twentieth century, magazines, newspapers, and television broadcasters managed the flow of information to the public. Journalists established rigorous professional standards to control the quality of news, and the relatively small number of mass media outlets meant that only a limited number of individuals and organizations could distribute information widely. Over the last decade, however, more and more people have begun to get their information from social media platforms, such as Facebook and Twitter, which depend on a vast array of users to generate relatively unfiltered content. Users tend to curate their experiences so that they mostly encounter perspectives they already agree with (a tendency heightened by the platforms’ algorithms), turning their social media feeds into echo chambers. These platforms are also susceptible to so-called information cascades, whereby people pass along information shared by others without bothering to check if it is true, making it appear more credible in the process. The end result is that falsehoods can spread faster than ever before.”

That sums up the catastrophe in a dozen words: “The end result is that falsehoods can spread faster than ever before.”
While the Foreign Affairs article brings this situation to light, the solutions it offers are disheartening. As I read it, there is no proactive action we can take. Deepfakes, fake news… what’s it all about, Alfie? It is media in its most dangerous and disruptive form. What then is the common man supposed to do?

For the most part, I ignore ‘the news’ because I consider it biased and partisan, no less – and possibly more – than the people who were elected to represent me. Sadly, I am unaware of a single elected official of import in this country who closely reflects the worldview I fight to maintain despite the never-ending assault of biased reporting, special interest groups, bipartisan politics and now, the threat of Deepfakes. 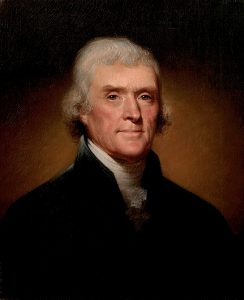 I turn to a thought contained in a letter that Thomas Jefferson wrote to John Adams nearly 200 years ago on January 24, 1814. In that letter, Jefferson wrote, “In the New Testament there is internal evidence that parts of it have proceeded from an extraordinary man; and that other parts are of the fabric of very inferior minds. It is as easy to separate those parts, as to pick out diamonds from dunghills.”

I find value in Jefferson’s term ‘internal evidence.’ As I interpret it, Jefferson maintains that there are those things we read that our very human nature knows, without doubt, are true. As fake news and Deepfake descend upon the world like an ominous dark shadow, I believe the concept of internal evidence can be applied to what we hear and what we see. Human nature cannot deny what is true and cannot fail to discern the biased inaccuracies that it is increasingly exposed to. Our original goodness enables us ‘to pick out diamonds from dunghills.’ 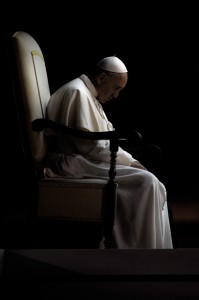 For example, when I read Pope Francis’s advice in his first encyclical Evangelii Gaudium, The Joy of the Gospel,

“… our respect for true followers of Islam should lead us to avoid hateful generalizations, for authentic Islam and the proper reading of the Koran are opposed to every form of violence,”

I believe it. I know it as true. Internal evidence, the core of human nature tells me Jorge Bergoglio is correct. On the other hand, when I read, hear or watch someone write or say Muslims are bad or evil based on the actions of terrorists, I dismiss the thought as rhetoric intended for no good purpose. The same internal evidence assures me I am correct.

The Duty to Pay Attention

We must pay closer attention to what internal evidence confirms for us rather than to what a million uninformed facebookers and tweeters try to tell us, fueled by biased journalism that Walter Cronkite would dismiss with the hint of an unbelieving smile. We have a responsibility to ourselves and to each other to distinguish the diamonds from the dunghills.