As I rode my bike early this morning, I asked myself, “What can I do today to make the world a better place to be?”  As contemplative monk, Thomas Merton writes, “God makes us ask ourselves questions most often when He intends to resolve them.”  True to form, the answer came in the 14th mile.

As I pedaled up the bike lane of a busy four-lane road, I encountered a pandemically masked man in a cowboy hat carrying a bag and a trash picker.  Just before I reached him, he grabbed a discarded paper coffee cup and deposited it in his garbage bag.  “Thanks for your service,” I called as I waved and passed him.  He nodded and tipped his hat.

Sure enough, my question was answered.  I can take a walk today – and tomorrow… – and pick up trash.

Two weeks ago, a young boy knocked on my door and asked if there was anything he could do for me to make some money.  I wanted to help, to reward him at least for his willingness to earn a dollar rather than begging for it or asking his parents for it.  The fact was, I had nothing for him to do, but then the light bulb came on.  I live across the street from a beautiful park that too many people litter and too few people clean up after their dogs.  I gave the lad a garbage bag and a dog poop bag and invited him to clean the park.  He came back 20 minutes later with a full bag.  I gave him several dollars, but I think the self-esteem he earned from what he did was more important than the money.

I suggest there are things we can do every day to make the world a better place to be.  NOT littering is a good place to start. 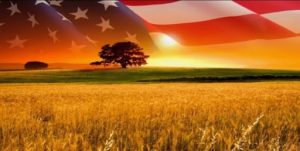 Picking up litter is a great activity to make America beautiful while spending time in the outdoors.