Even for those few of us who aren’t glued to a video screen throughout the day monitoring the ‘news’ as presented by ‘legitimate’ news broadcasters and the millions of social media experts who riddle out brains with a never-ending flow of commentary on whatever they disagree with, it was difficult to avoid the now famous picture of the crying immigrant child ‘separated’ from her parents at the U.S. border.

One week later, we are back to normal, which is a state of complacency and acceptance of those things that bother us, but that we conclude we cannot change.  Given the state of our resignation, our thoughts and actions return to our personal lives and only those things that we perceive to immediately affect us in the short term. 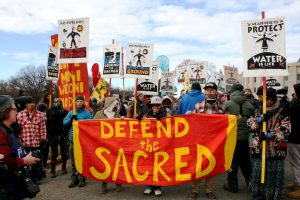 We recall Standing Rock, but 18 months after the National Guard and law enforcement officers evicted what protesters remained, we are vague on the details and really can’t remember what all the fuss was about.

Americans love to express outrage.  The burst of vitriolic sentiment lasts for a few short days, sometimes a few weeks, and then fades into relative obscurity.  We really don’t care.  We’ll ride the bandwagon but remain attentive for the next point of transgression, ever ready to raise our voices in protest regardless of the issue, regardless of the facts.

I Did Not Vote for Donald Trump 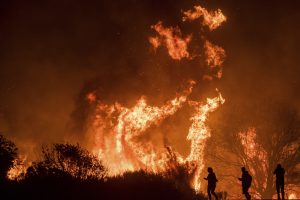 I did not vote for Donald Trump, of course, I did not vote for anyone.  Still, I acknowledge him as President of the United States.  We rage on Trump yet revere and venerate the likes of Bill Clinton and Edward Kennedy whose travesties as political representatives set immoral tones for the future of America.  I rue the fact that the United States did not earn a slot in the 2018 World Cup, and I acknowledge that it is because of Donald Trump, just as I acknowledge that the wildfires that burn in California, Alaska and other places in America are the fault of Donald Trump.  Speaking of the World Cup…

As I watch the World Cup, I note the enthusiasm with which the players and the fans sing their national anthems.  England has become my sentimental favorite, not only for its ‘meat and potatoes’ approach to the beautiful game but also for the passion with which the team – including captain Harry Kane – sings “God Save the Queen.”  Other stars like Ronaldo do the same.  In the United States, we mumble the words to our anthem – as if we are embarrassed by it – if we acknowledge it at all.  We use our anthem as another point of transgression and outrage, yet we will still voice the favored greeting to those of us who have gained employment in the armed forces, “Thank you for your service.”

American outrage bothers me, but I acknowledge that what I think is of no consequence unless I step on someone’s toes.

I Will Try to Do Better

I am angry.  Like American rage, my anger will pass… maybe.  Francis implored us, “Where there is sadness let us sow joy… where there is despair, let us sow hope…”  I have failed this time and exposed the darkness on my soul.  “Where there is darkness, let me sow light…”  I will try to emulate and do better.