I have recently been hawking the authentic picture of Bigfoot my wife captured on film during a recent hike in the Casa Grande Mountains.  No takers.  Go figure.

Yesterday, I hiked the North Picacho Mountains searching for petroglyphs with my friends Chuck and Kurt.  While we found a treasure trove of petroglyphs, the highlight had to be this authentic picture of an alien cleverly disguised as a rattlesnake.  Any takers?

Mrs. tVM and I were back at it early this morning before the 100o heat sets in.  No Bigfoot or alien encounters to report, but we did stumble onto an amazing artifact from the Cold War Era, really…

Several months ago hiking a high trail in the Casa Grande Mountain park, we saw an odd shape on the desert floor beneath us.  There was ‘geometry’ to it, as in, it had straight lines, maybe a foundation of sorts.  We had not thought about it until this morning.  Hot as it was, we decided to hike 3 miles.

When we reached the 1 ½ mile point and prepared to turn back, we thought about ‘the shape’ we had seen and suspected it was somewhere nearby, so we left the trail to search.  It did not take long to find ‘the shape.’

My first impression was that it was a Celtic cross, but on closer inspection, we found a 1966 Corps of Engineers survey marker, and the Celtic cross theory faded.  A Maltese cross?  Again, the survey marker suggested no, it had to be something else.

I entered ‘research mode’ as soon as I returned home.  Here is what I learned…

The crosses were all part of a top-secret program used to spy on the Soviet Union, during the height of the Cold War.  It was called the Corona Project and included these crosses that formed a 16 mile by 16 mile grid in Pinal County with one cross at each one-mile grid point. They are an artifact of the Cold War and were used as targets to calibrate the then top secret Corona project spy satellite cameras.  The program began in 1959 to make sure the satellite cameras got the clearest pictures possible at the time.

They were placed in Arizona because it’s always sunny in Arizona, and the project coordinators knew they would almost always be able to see the targets, no matter what time of year they were flying.

The technology, high-tech for its time, relied on a complicated process to get the images of the Soviet Union from space back to the United States to be analyzed.  According to Cold War historian Chuck Penson, “They were actually taking pictures on film — 70mm film — and the film would be ejected in the nose cone of the satellite, then plummet back to Earth where a parachute deploys, and they’re actually snagged out midair by a specially equipped aircraft.”

The project was cancelled and the ‘targets’ abandoned in 1972, but Penson says they serve as a concrete reminder of just how tense the decades were.

These artifacts of the cold war are still out there to be discovered and explored. 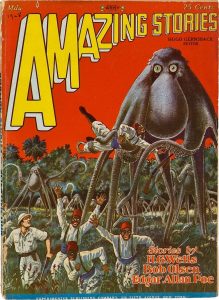 As a closing note, as I learned about this desert mystery, the title of the Cold War project – the CORONA Project – was not lost on me.  Stay tuned for more amazing stories from the desert.