I have a special place in my heart for my 2011 book Tobit and the Hoodoo Man.  The book is about believing even in the most hopeless of circumstances, a situation most of us might confront at some point in our lives. 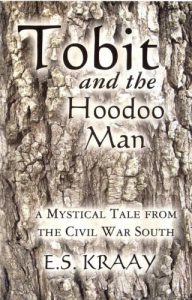 The story I fashioned first occurred to me in 2010 when I read William John Fitzgerald’s A Contemporary Celtic Prayer Book.  In his Thursday, Midday Prayer, Mr. Fitzgerald includes this verse from the Book of Tobit

That verse captured me and led me to the little-known Book of Tobit in the Old Testament.  I’ve prayed the verse often since I discovered it 13 years ago.  I included it in The Vitruvian Man’s Book of Hours as Tuesday’s opening sunrise verse. 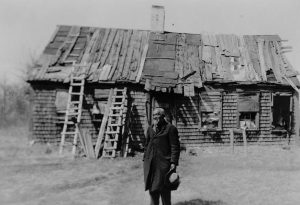 The biblical story of Tobit and his son is a magical one that I chose to retell set in the American Civil War and subsequent reconstruction era.  I subtitled the novel “A Mystical Tale from the Civil War South.”  True to its biblical inspiration, the novel is a story about believing.

For the epigraph that appears in the book, I selected a quote from C.S. Lewis

“I never regard any narrative as unhistorical simply on the ground that it includes the miraculous.”

On the website, I added a second epigraph, a verse from Paul’s Letter to the Romans

“When everything was hopeless, Abraham believed anyway, deciding to live not on the basis of what he saw he couldn’t do but on what God said he would do.”

I was careful to use the verse as it appears in Peterson’s The Message, The Bible in Contemporary Language.  The Bible comes in countless versions and translations, the most popular by sales in 2022 according to Wikipedia is The New International Version, but none of the versions of Romans 4:18 appeals to me with the same impact and intensity as Peterson’s

“When everything was hopeless, Abraham believed anyway…”

The next time you confront a ‘hopeless’ situation, reflect on Abraham’s belief and live your life not on what you think you can’t do, but on what God says you can do.  There is quite often a big difference between the two.