As the Polar Express steams by Herpolsheimer’s department store – the England Brothers of my youth in Pittsfield, Massachusetts – the kids on the train stare in wonder at the store’s window displays filled with magical Christmas visions.  “I want them all,” the ‘know-it-all kid exclaims referring to the abundance of extraordinary gifts and toys.

Like Mr. Parker – the ‘old man’ in A Christmas Story – and Mrs. Parker showered their young sons Ralphie and Randy with more toys than they needed or probably even wanted, Mrs. tVM and I did the same with our children when we raised our family in the 70s, 80s and 90s.  I think it is every adult’s strange rite of passage to do the same during the Christmas season when their children are young…

On December 13, 2016, I traveled to Haiti and returned to the States on Christmas Eve.  During my visit, I asked the hundreds of children I encountered, “Do you know Santa Claus?”  Most shook their heads ‘no,’ but occasionally, a child would say, “I’ve heard of him.”  Looking back, the child’s answer was more sweet than bitter.  There are things far worse than not to know Santa.

One afternoon during that trip I took this picture of a young Haitian boy and his toy. 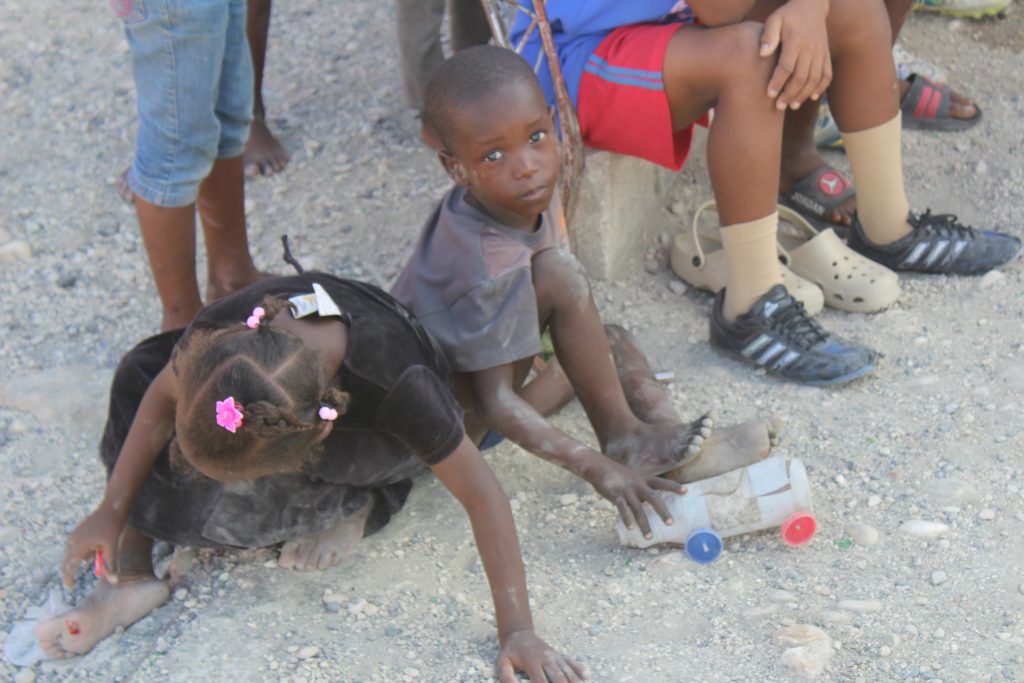 As I look at that picture, I think it is a picture of the greatest toy ever made.  Can you imagine the love – not the money – that went into that toy?  There is no other toy on Earth exactly like that toy.  Who made that toy?  A father?  A mother?  A brother or sister?  Maybe a friend.  Or maybe, just a kind-hearted person who saw a young child in need of a gift.  With no money of his own, he crafted this toy – a car – from a discarded bottle, a pair of sticks, and bottle caps, and gave it to this child.

Reflecting on the picture today, I am certain – without a doubt – that the toy and its youthful owner and unknown maker confirm that there is a Santa Claus and he lives in the hearts and minds of people everywhere on the planet we share.